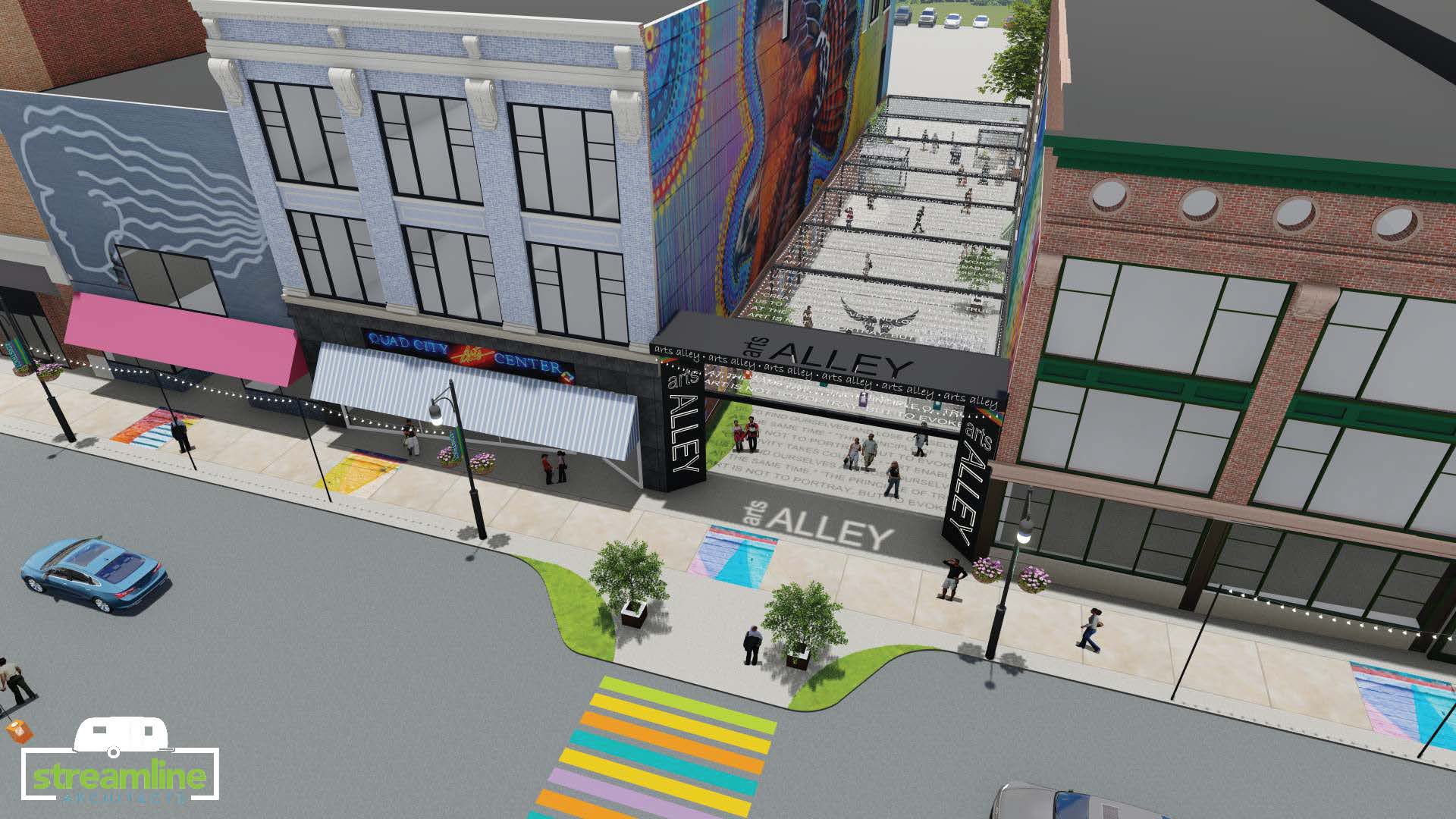 The Quad Cities Chamber on Oct. 11, 2021, presented a progress report to Rock Island City Council on efforts to explore the creation of a new public-private place management organization supported by sustainable funding to deliver special services that enhance public spaces, encourage investment and improve overall quality of life in Downtown Rock Island. In addition, updates were provided on plans to modernize the Downtown core, including the Great River Plaza and Arts Alley.

Jack Cullen, the Chamber’s Director for Downtown Rock Island, introduced the core place management services called for by the Downtown Rock Island Steering Committee, a draft budget and a sustainable funding model to support the provision of special services.

“The collection of core services prioritized by the downtown business community – from routine beautification and maintenance and public safety to business attraction and retention – are critical to creating the vibrant and thriving Downtown Rock Island we all want to see,” Cullen said.

The top goals are:

Proposed funding for the place management organization would come from Downtown property owners, the City and other organizations that have a vested interest in the success of Downtown Rock Island. The Downtown Steering Committee has directed Cullen to contact all Downtown property owners to seek support for the establishment of a Special Service Area (SSA), a tool for property owners in Illinois to fund and govern improvements and services beyond basic municipal services in a defined geographical area. Both Moline and East Moline have SSAs in place to maintain, program and enhance their downtown areas.

The proposed $525,500 budget is based on input from the Steering Committee and includes $350,000 annually from the SSA – contributions vary by assessed property value. These funds would be supplemented by an annual contribution from the City of Rock Island ($150,000) as well as potential voluntary contributions from partner organizations ($25,000). 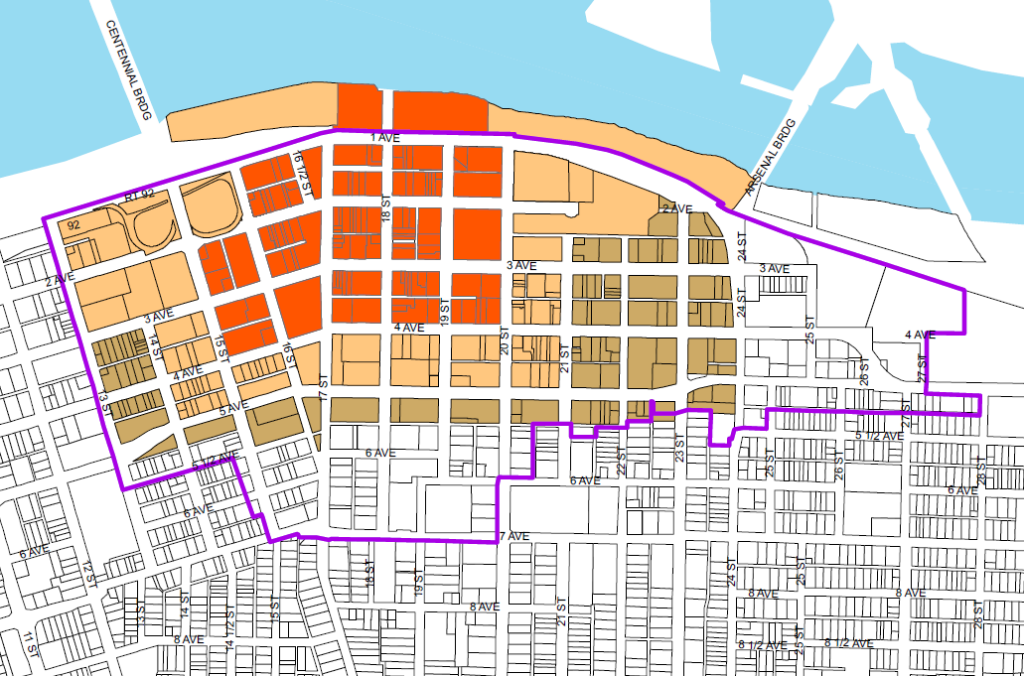 “It’s very important to us to see a thriving Downtown Rock Island,” said Arron Sutherland, President & CEO of Illinois Casualty Company. “We want to be part of the community, and most importantly we want to be a part of seeing the community become all it can be. I believe this public-private partnership is the right direction to go.”

“At the downtown area we have a lot to offer, and we’re not really showing that currently,” said Nicole Watson-Lam, owner of Ms. BriMani’s Hair & Beauty Supply and The Urban Reserve. “I think that with this direction and having a say in what’s going on in our own community – that’s why I’m willing to put forth extra tax dollars. I feel like this is putting us on the right path toward revitalization.”

Next steps include outreach to 100% of the Downtown property owners in the proposed boundaries through winter and early spring to seek support of the proposal. The intent would be to return to City Council in early summer 2022 with a report – and if there is support from property owners, a proposal to create an ordinance to formally establish an SSA and the City’s contribution. A new Downtown Rock Island entity would be created with a board of directors and committees to guide the organization within the Quad Cities Chamber. The goal would be to have final approval of the ordinance and plan by December 2022.

The Chamber, in partnership with the City of Rock Island and others, are applying for two State of Illinois grants to make major enhancements to Downtown Rock Island. The two grants are:

Both grants require local matches, and the Steering Committee is advocating for funds from the City’s Downtown TIF District as well as some of the City’s funds from the State’s American Rescue Plan Act (ARPA). 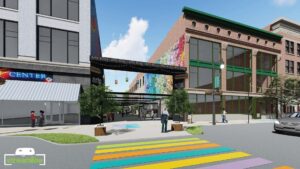 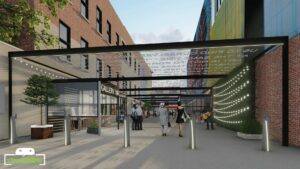 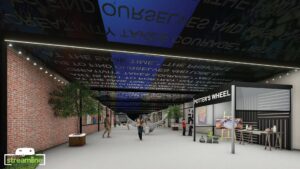 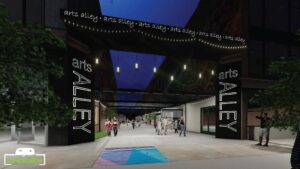 These projects, coupled with the public-private partnership being developed to maintain, program and update the Downtown area on a routine basis, complement the private investments starting to ramp up in Downtown Rock Island. Such as: New American Bank & Trust branch, new federal courthouse and new YWCA facility.

“We believe the combination of these services and activities along with these placemaking projects will help create an environment to attract people and businesses to the area and allow us to further develop a unique identity for Downtown Rock Island,” said Cullen.

In late January 2021, the Rock Island City Council approved a contract with the Quad Cities Chamber to explore the creation of a new place management organization supported by sustainable funding to deliver services that enhance public spaces, encourage investment and improve quality of life in Downtown Rock Island. Jack Cullen was hired April 1, 2021, to lead the effort with the guidance of the Downtown Rock Island Steering Committee made up of property owners, City officials and other stakeholders.