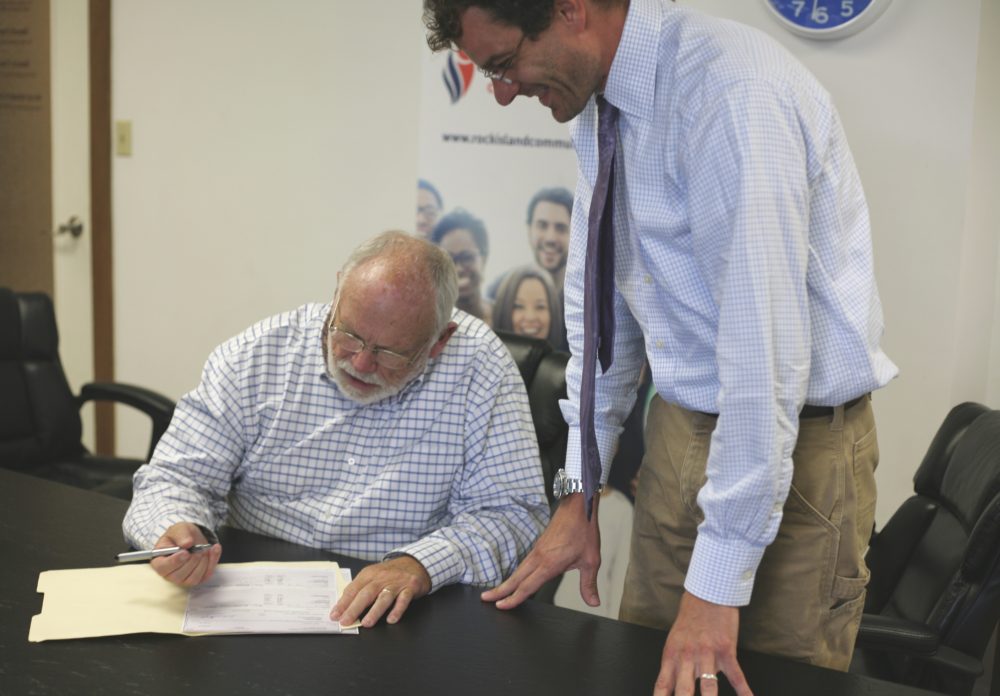 Quietly perched in an unassuming third floor office in the Safety Building at 1800 3rd Avenue in downtown Rock Island sit two men overseeing four foundations that have had a philanthropic impact locally and throughout the region beyond what relatively few residents know.

The Foundations, as they are known collectively, are the Doris and Victor Day Foundation, Rauch Family Foundation I & II, and the Rock Island Community Foundation. If the front door leading into the office is any indication, they are on a mission. Despite having their geographical restrictions, both are committed to the betterment of the Rock Island community and its surrounding areas.

“We are the hub of philanthropy and community change,” explains Doris and Victor Day Foundation Executive Director Dave Geenen. Four years ago, the collaboration and partnership was strengthened. The Foundations began sharing office space and reducing overhead expenses. This resulted in a deeper relationship and assisted with grantmaking strategies and priorities. Gary Rowe, Executive Director of the Rock Island Community Foundation adds, “We can bring in organizations and individuals into one place and serve them in many ways.” A truly impressive impact has rippled throughout the communities that The Foundations have been able to help through its financial contributions. An even more remarkable feat is that the stewards of funds have held steadfast in the original vision of their creators to distribute assets in a very meaningful way from year-to-year. A local treasure, indeed, The Foundations serve as a constant reminder that downtown Rock Island is spoiled with riches – socially conscious ones.