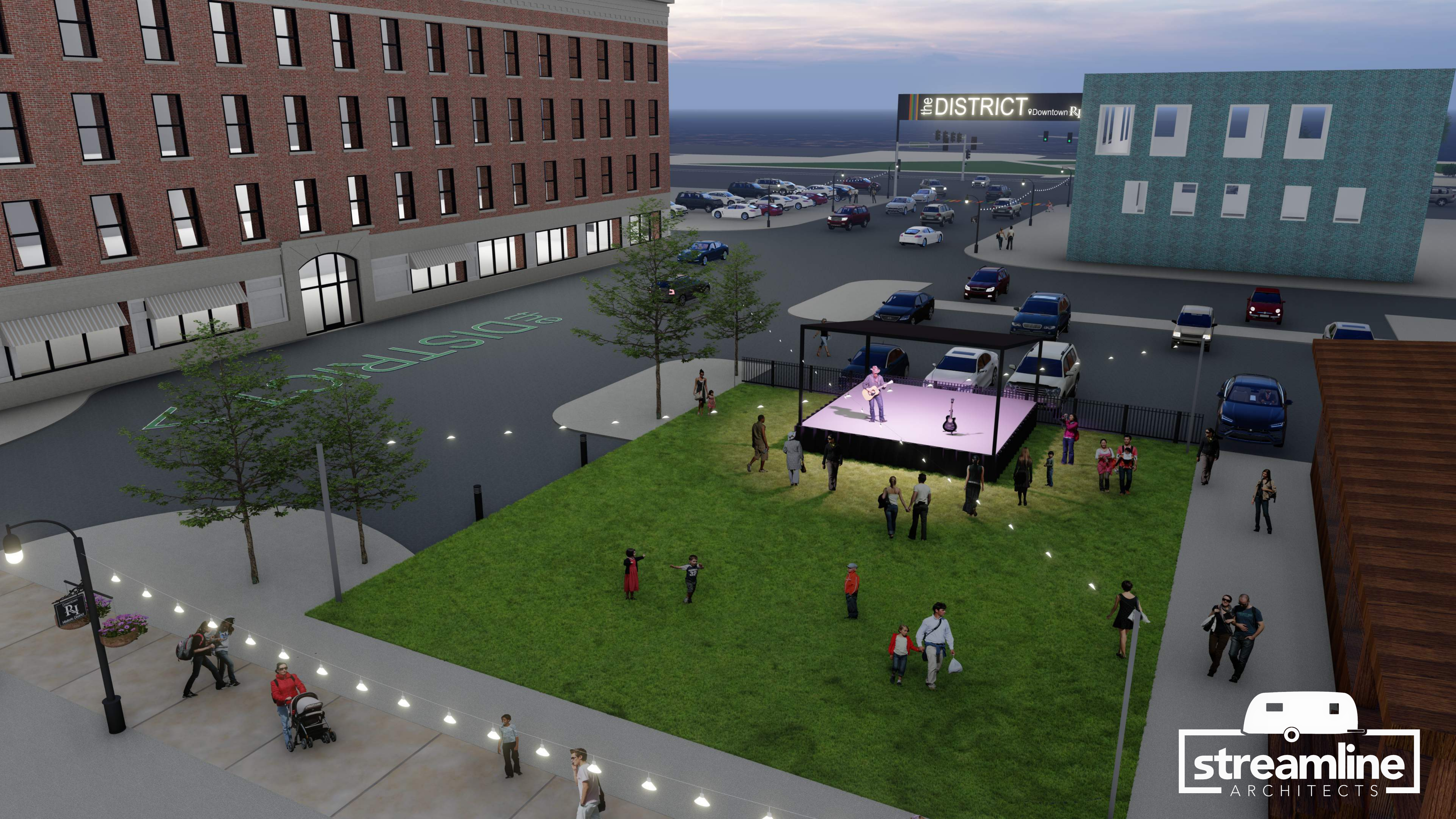 Rock Island City Council further demonstrated its commitment to Downtown revitalization on Monday when it voted to put $2.5 million in American Rescue Plan Act (ARPA) funds toward a proposed $7 million project that would modernize and enhance the city’s historic center of commerce and culture.

That money will be supplemented with about $1.5 million in Tax Increment Financing (TIF) District revenue the City earmarked for Downtown infrastructure improvements, and potentially, up to $3 million from the State of Illinois Rebuild Downtowns & Main Streets Capital Grant Program.

“I am excited the plans to rejuvenate the Downtown are underway,” said Mayor Mike Thoms. “We can’t miss an opportunity to use ARPA funds to leverage a State grant that would almost double the investment into our Downtown. It is a well-thought-out plan, and we have had a lot of public input on the Downtown. This project fits that vision and we need to seize this opportunity.”

If the grant is awarded, $7 million in streetscaping and placemaking improvements would begin in 2022 throughout the core of the Downtown Rock Island Historic District, roughly the area between 1st and 4th Avenues and 15th and 21st Streets. The project will renew weathered infrastructure and add decorative lighting, landscaping, signage, security cameras, parklets for outdoor dining, public art installations and pop-up vendor stalls, among other amenities. 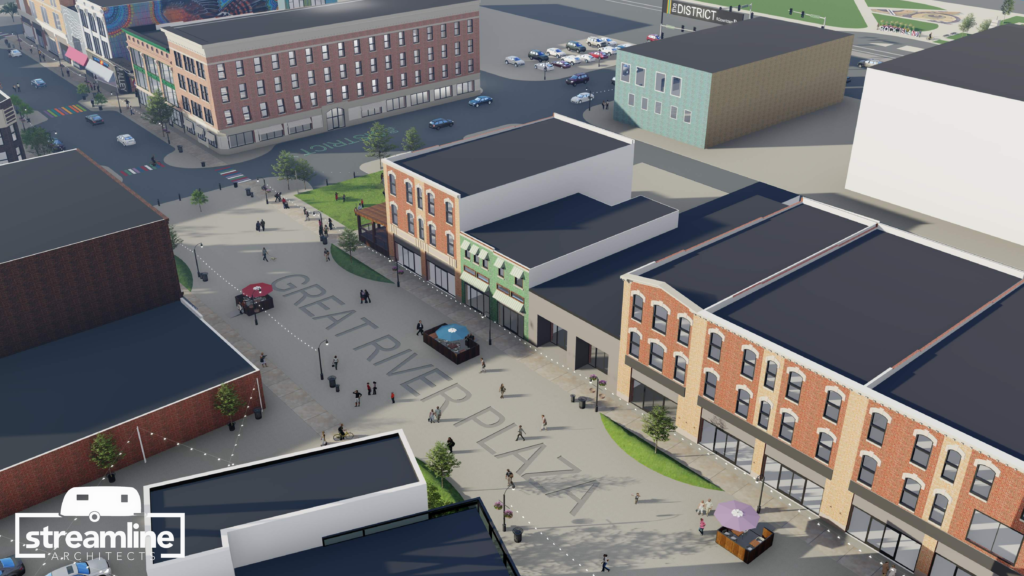 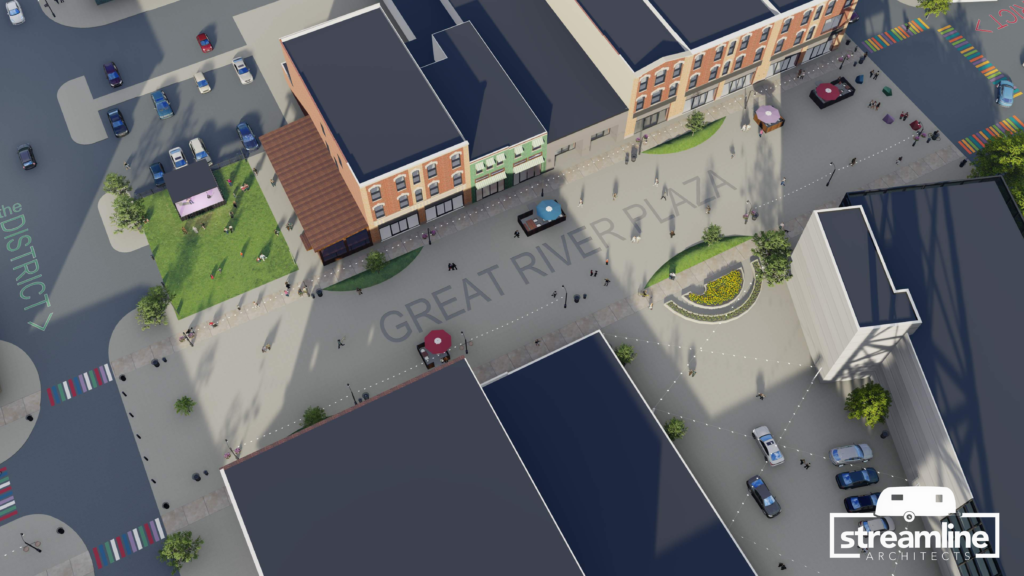 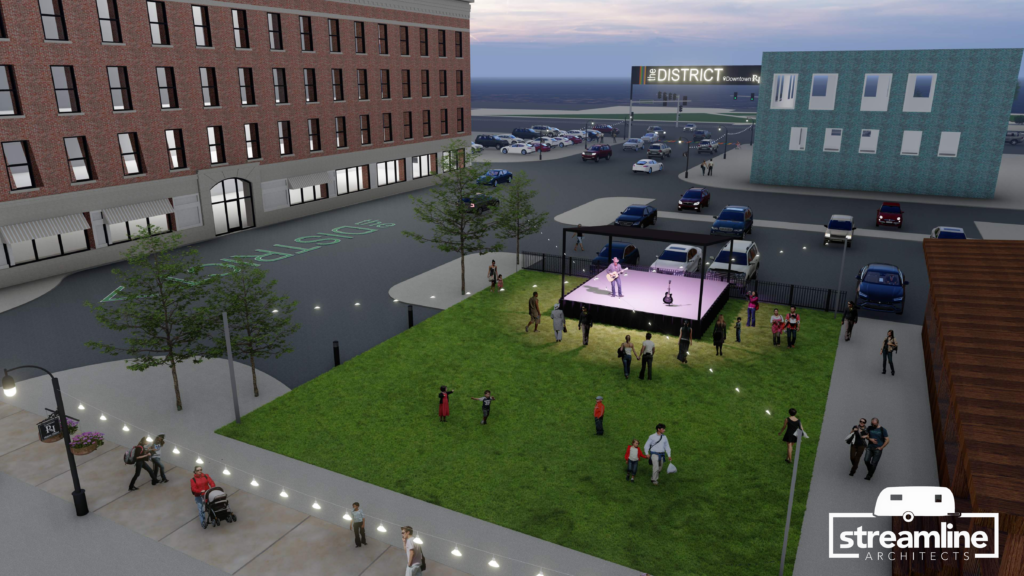 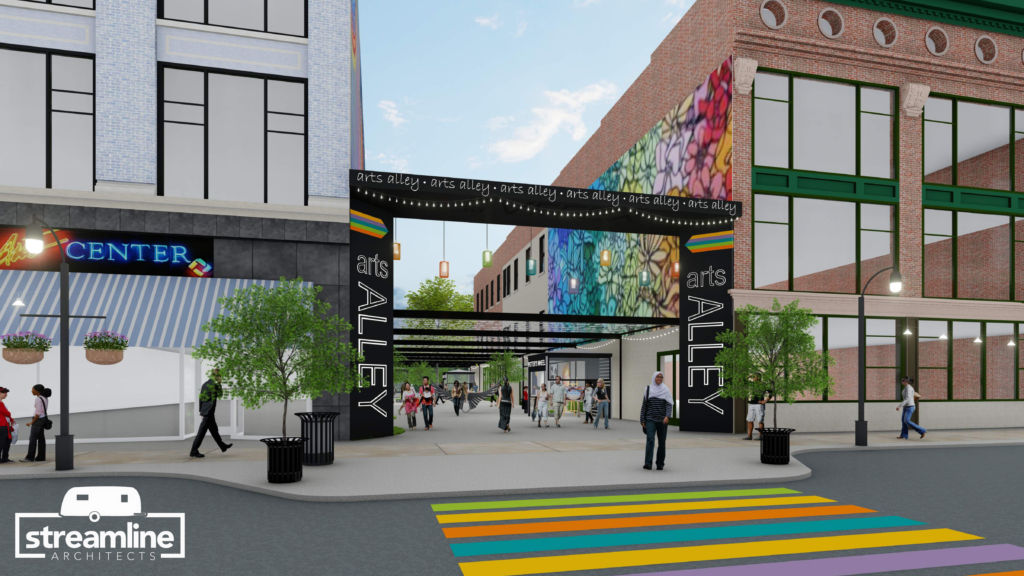 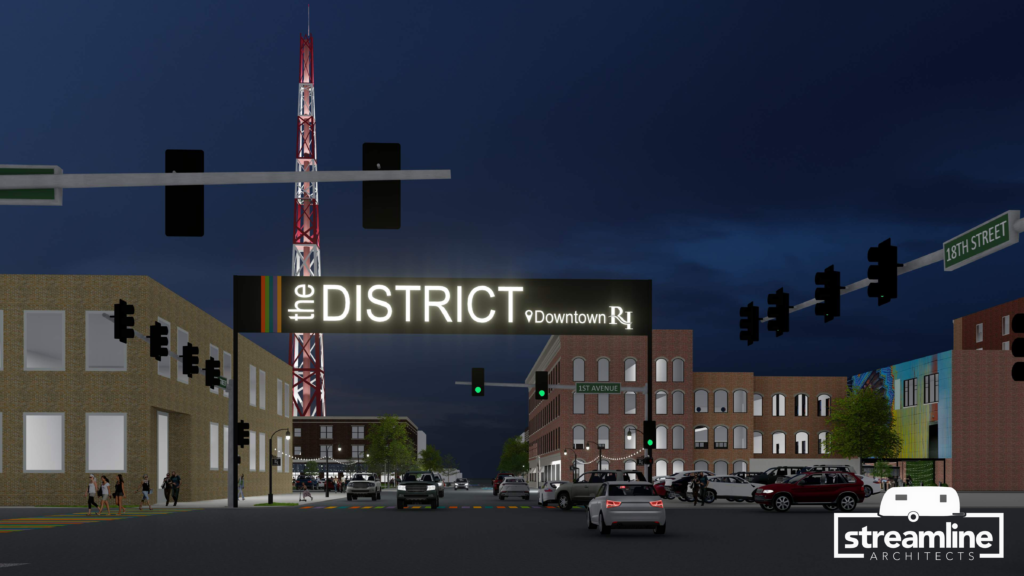 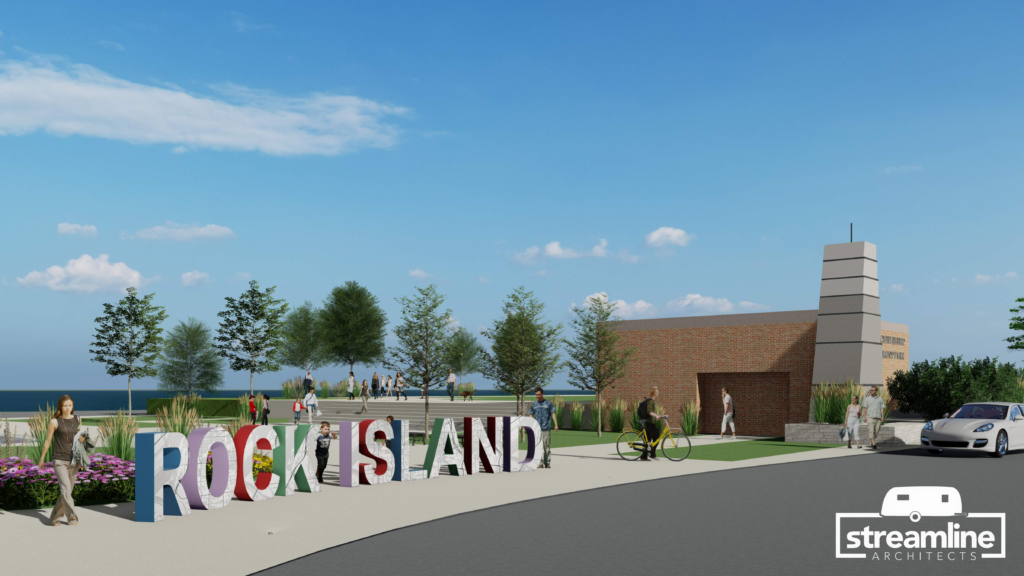 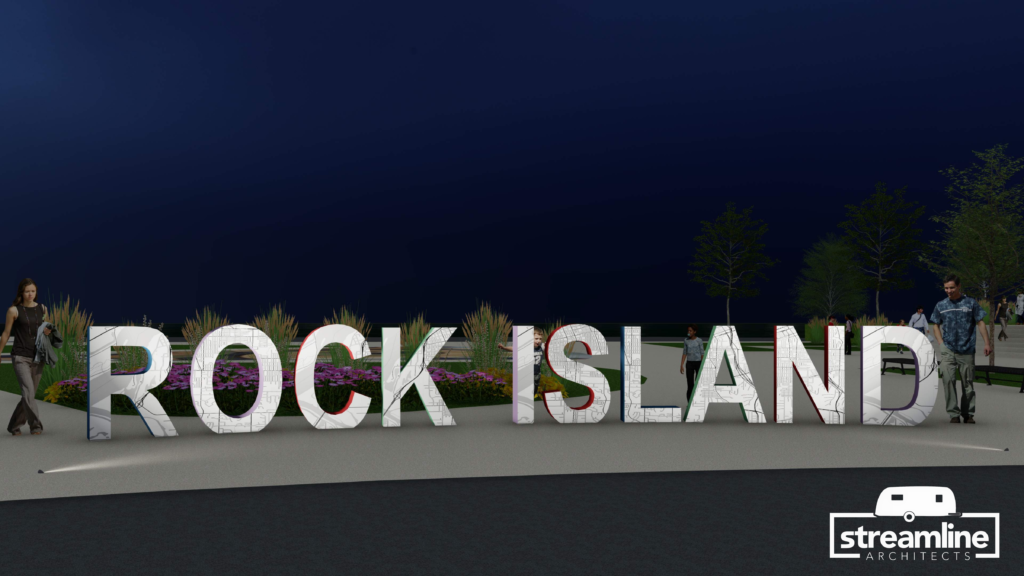 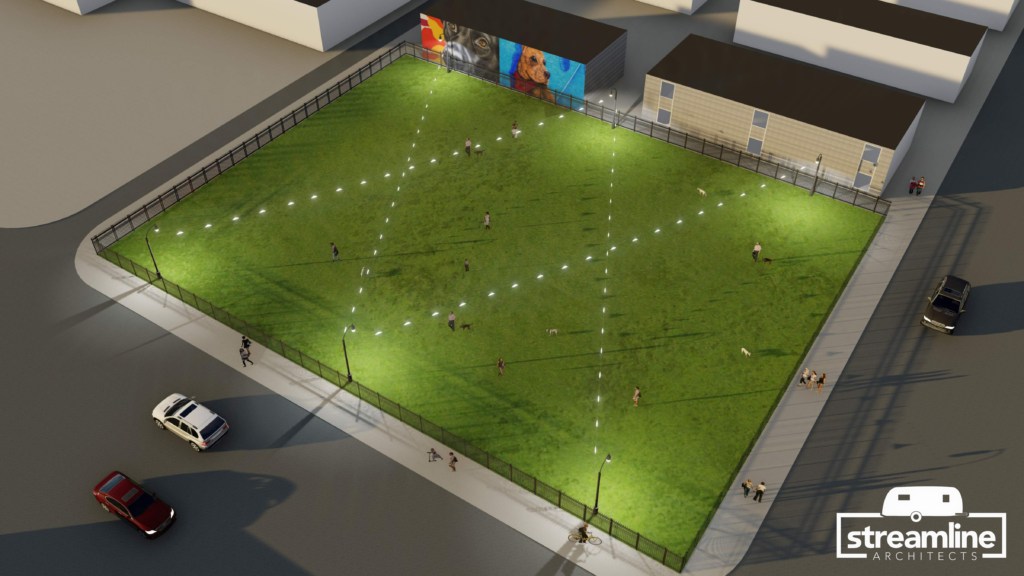 In early 2021, the City contracted with the Quad Cities Chamber to provide downtown place management services. Jack Cullen, Director, Downtown Rock Island, has been meeting with business and property owners, the Downtown Rock Island Steering Committee as well as Streamline Architects to envision the project and its full potential. Planned improvements also align with developments called for by members of the public in the City’s Downtown Revitalization Plan. Cullen believes reactivating the city’s core will spark growth and success for the businesses there now and those that will follow.

“Not only will this project help accelerate the recovery of businesses hit hard by the pandemic, but we believe it will lead to more private investment and truly kickstart the revitalization of Downtown Rock Island,” Cullen said. “Rock Islanders care deeply about their Downtown, and this project has what it takes to create the vibrant sense of place our community is craving and attract visitors, too.”

“When the Downtown thrives, the entire city thrives,” Cullen said. “This Council action shows existing business and property owners the City supports, appreciates and recognizes the investments they’ve made and sends a message to the rest of the community Downtown Rock Island is a good place to do business. I am excited to see the vision come to life and our return on investment.”

Whether or not the State grant is awarded, the $4 million in City ARPA and TIF funds will be spent to make improvements to the Downtown, the planning of which is already underway.