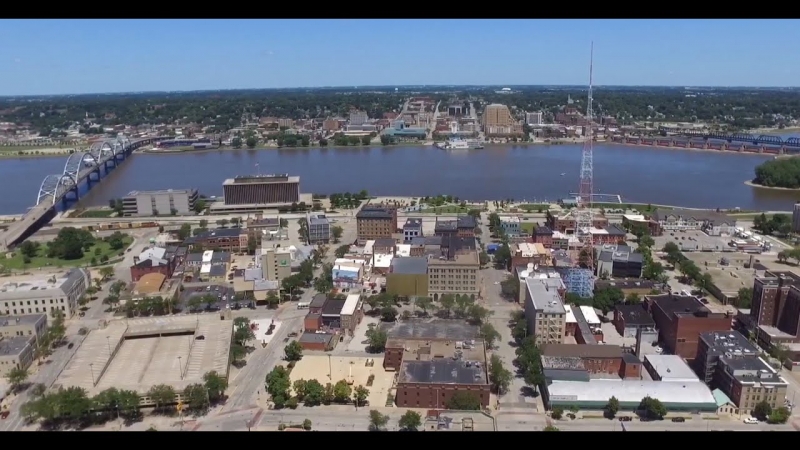 Posted at 08:20h in Business, News by downtownrockisland
Share

The process to establish a downtown Rock Island Special Service Area (SSA) as a vehicle to stabilize investments and revitalize the greater downtown has entered the public comment phase.

Below are frequently asked questions and answers about the proposed SSA and place management organization:

What is a Special Service Area (SSA), and how does it work?

A levy on taxable properties within a contiguous geographical area to enable the provision of custom services and activities above and beyond those provided generally throughout the municipality.

If an SSA is established in 2022, SSA funds would be collected quarterly through Rock Island County real estate taxes payable in 2023. Funds collected from the levy would be restricted to improving the business and cultural environment of the downtown area.

Are there other SSAs in the Quad Cities?

The City of Chicago currently has 56 active SSAs, and there are an estimated 2,500 special improvement districts across the U.S.

What is the proposed SSA levy rate, and how do I calculate my contribution?

The proposed levy rate for the downtown Rock Island SSA is 1.15%. To calculate your contribution, multiply the equalized assessed value (EAV) of your property by 0.0115. To find the EAV, which is one-third of the estimated market value, use the Rock Island County Property Tax Inquiry tool,

What are the proposed boundaries of the SSA?

The proposed SSA is roughly the area between 1st and 7th Avenues and 13th and 28th Streets. Most properties within the proposed boundaries are zoned as a Downtown Business or a Community Business. Rock Island City Council will ultimately decide the final boundaries of the SSA.

How many property owners and taxable parcels of land are in the proposed SSA?

How much funding would the SSA generate annually?

Based on the proposed SSA levy rate of 1.15% and the current EAV of the downtown area, the SSA would generate about $315,000 annually.

What is the average SSA contribution per parcel?

At the proposed SSA levy rate of 1.15%, property owners would contribute an average of $725 per parcel annually, or $181.25 quarterly.

How long would the SSA stay in effect?

The proposed duration of the SSA is five years, allowing enough time for the organization to begin operations and produce results. At the end of the term, if deemed successful by property owners, the SSA could be renewed.

If I own property in The Locks TIF District, would I contribute to the proposed SSA?

Who would administer the SSA funds?

If an SSA is established, a dedicated downtown Rock Island place management entity would be created to administer the funds and perform daily services and activities. A board of directors primarily made up of property owners would guide and govern the specific use of the funds. A City staff member and elected official would also have seats on the board.

City Council on Oct. 10 voted 6-1 to direct City staff to negotiate a contract with the Chamber for the provision of services through a downtown place management organization.

What types of services would the SSA provide?

Proposed services downtown include enhanced beautification and maintenance; boots-on-the-ground hospitality and troubleshooting; property improvement grants; business attraction, retention and advocacy; and marketing and promotions; among others.

Would any other funding streams (in addition to the SSA) support the provision of these services through the place management organization?

Yes. The proposal requests the City to contribute $150,000 annually. Additionally, if an SSA is established, Modern Woodmen of America has committed a $50,000 annual contribution to the organization, totaling $250,000 over five years. Augustana College, Bally’s Quad Cities and MetroLINK have also committed to financially support the proposed place management organization.

What is the City’s return on investment in downtown Rock Island?

Downtown investments provide a higher level of return per dollar invested than other parts of a city due to the density of existing economic activity. Downtown Rock Island follows this pattern and serves as an important economic engine for the city as a whole. While it contains just 1.8% of the citywide land area, it accounts for:

How is the City in partnership with the proposed place management organization addressing downtown safety concerns?

Based on police call-for-service data, the low number of serious crimes reported downtown show no specific pattern or trend and no root cause linked to the downtown. Rather, nuisance offenses, such as loitering, panhandling and open alcohol consumption, are seen as the primary problem that negatively affects the public’s sense of safety and business operations. This problem is not unique to downtown Rock Island; many regional and national metropolitan business districts experience the same challenges.

The City formed a Downtown Safety Committee in the spring of 2022 to explore ways to address safety and security concerns in the downtown area. Rock Island Police Chief Richard Landi led three meetings with City staff, elected officials, a downtown business owner/resident and representatives from the Chamber and Development Association of Rock Island (DARI).

The committee reached consensus there is no single initiative that can be considered as a panacea for solving the issues downtown. The following recommendations are components of a comprehensive approach aimed at mitigating these challenges and creating a more welcoming and business-friendly environment downtown:

What is the timeline?

City Council on Aug. 22 voted 5-1 to approve the SSA “initiating” ordinance. As a result, the public comment period is now open, and a public hearing is scheduled for Oct. 24 and Nov. 14 to gain additional input. In November and December, having received public input, the City Council will consider an “establishing” ordinance. If this second ordinance is passed, and a successful objection petition – signatures by at least 51% of registered voters and 51% of property owners in the SSA – is not filed within 60 days, the SSA will go into effect.

If you have questions about the Downtown Rock Island Steering Committee and its proposal, please contact Jack Cullen, Director, Downtown Rock Island, at 563.823.2670 or [email protected]. If you have questions about the City’s process or timeline, please contact Miles Brainard, Community and Economic Development Director, at 309.732.2900 or [email protected].

Download a PDF of this FAQ on the Downtown Rock Island SSA.